Many sailors say that the J/22 is one of the best sailing boats they have ever raced, including many other J boats. It is a stable yet responsive craft, with a fixed lead keel and is very safe. It is as much fun sailing single-handed with a main only as it is planing with spinnaker deployed in 20 knots of wind.

The J/22 is a 22-foot, one-design performance racer, featuring a large spinnaker, non-overlapping jib, a mainsail and a large cockpit. It has an enclosed cabin that can safely house four people to escape rain or cold. It has a comfortable self-bailing cockpit, and is built for safety with buoyancy tanks and offshore hatches. Weighing in at 1800 lbs, it can easily be towed with an SUV. It is quickly and easily launched at HYC using the hoist crane. It has an easy-to-rig, deck-stepped mast, and can go from trailer to sailing in 30 minutes or less. One of the J/22’s greatest aspects is its durability. The hulls and decks are built with Baltek cored laminates and are designed to withstand many years of hard use. Boats as old as 15 years routinely win major J/22 championships. The newer J/22’s are even better and easier to maintain, with their stainless handrails and white composite toe-rails.

Introduced in 1983, the J/22 has grown into an International class with more than 1550 boats sailing in 65 fleets in over 18 countries. On the merits of its sailing characteristics, extreme popularity and small crew requirements (3-4 sailors), the J/22 continues to be the boat of choice among competitive sailors.

Houston Yacht Club is home to Fleet 6. The boats are popular in the club’s regattas as well as the Galveston Bay regional regattas. The club has hosted the US J/22 Class Midwinter and North American Championship Regattas numerous times. HYC members have participated in many of the J/22 Continental and World Championships through the years since 1983. 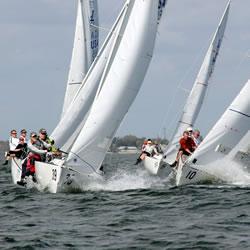 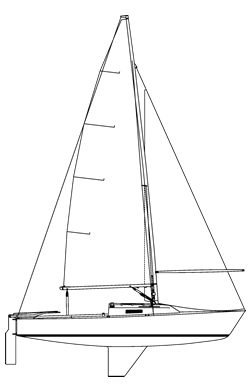