The Lightning, a 19-foot trailerable centerboard sloop, was designed by Sparkman & Stephens as an affordable family day sailor and racing boat. The Lightning has evolved into one of the most popular and competitive one-design racing classes in the world. After 15,500 boats the International Lightning offers the toughest competition in one design!

The Lightning's rig is simple, but offers sophisticated sail shape controls. The hull features a hard chine design that combines the stability that provides sail-carrying power, with flat bottom sections that promote planing. New boats are being built in good numbers by two quality builders providing a stable supply of new and used boats. The boat is normally raced with a 3 person crew but in local club racing 2 or 4 person teams are accommodated. The Houston fleet has been building in recent year and has been the largest one design fleet at a number of HYC regattas in 2012 and 2013. The Lightning Texas District Championship held at HYC for the last 3 years has had 15-20 boats competing. 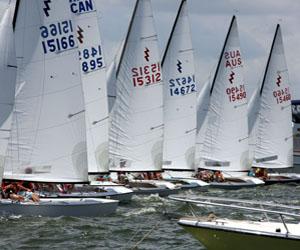 Lightning teams represent a wide spectrum of sailors and include National One Design Champions, families, sailing new comers, juniors (Ragnots) and experienced club racers. There is room for everyone who wants to come out and enjoy the physical and technical challenge of sailing a Lightning.

HYC recently hosted the very successful 2012 Lightning North American Championship with 55 boats and a prior event for the 2012 Women’s, Juniors and Masters Championship.

Get in touch …. We would like to welcome you to Houston Lightning sailing! 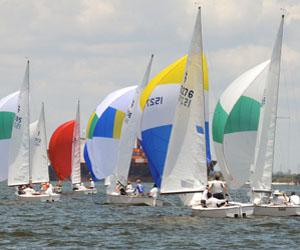 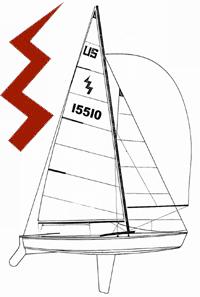