A Tradition of Excellence

The club conducts regattas for several one-design classes, such as  Ensign, J-22, J-24, Laser, Optimist Dinghy as well as PHRF boats. These events frequently attract competitors from the entire Texas Gulf Coast as well as HYC members and members of other local yacht clubs.

Each year the club presents several courses and seminars on racing tactics, sail trim, boat handling and other aspects of racing. These programs are geared to a wide range of experience, from novice to advanced.

The club is nationally known for exceptionally well-run events, and has twice been awarded the St. Petersburg Yacht Club Trophy for excellence as well as the US Sailing One-Design Club Award. The club has an ongoing program for training and certification of race officers. Supporting equipment includes two club owned race committee boats. 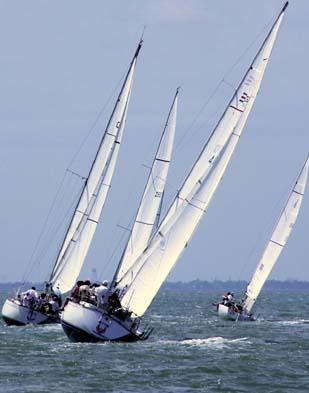